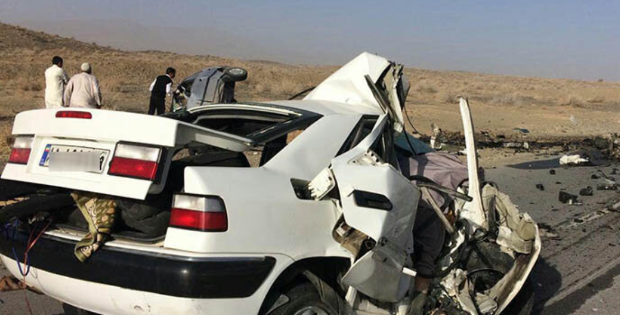 “In turn, these interactions are influenced by expectations based on prior experience “and a set of common stereotypical expectations that drivers have concerning the behavior of male and female drivers.”

Most men pride themselves on being able to do lots of things better than women. But when it comes to driving, the fact of the matter is, both males and females get into fender benders. The accident statistics of insurance companies bear that out.

Why we chose Saudi Arabia? Well for the following reasons:

According to the National Highway Safety Administration “men cause 6.1 million accidents per year and women cause 4.4 million per year. According to AllenandAllen.com “men are more likely to die in a car accident than women.” In addition, statistics suggest that men get into fatal accidents twice as often as women.

“The problem with male drivers in general is primarily that they think they’re better drivers than they actually are. I was like that but as a company car driver took advanced driver training which I thought was only going to prove how good I was. I learned a big lesson. This overconfidence in ability, plus impatience is what leads to too many accidents.“

Overall, statistics show that males get into more accidents than females do. That’s one reason why males have a higher insurance rate. Hey, insurance companies are not about losing a ton of money on accident claims.

Well, prior to June 2018, only the men drove in Saudi Arabia. Females were banned from driving and that ban was only lifted in June 2018. Given the stereotype that men are “better” drivers, than women, then it’s expected that Saudi Arabia’s road traffic accidents (RTAs) should be a low one, since there were only male drivers. However, that’s not the case.

Fact: Only men were allowed to drive in Saudi Arabia until June 2018.

Think about it. If women are worst drivers than men, then it stands to reason that a country that had no female drivers, should have an excellent driving record, given the stereotype. Well at least we think so. However, when it comes to traffic accidents, Saudi Arabia has one of the worst records worldwide.

Even though women were given permission to drive in Saudi Arabia, there are still numerous hurdles for them to navigate to actually start driving. But whether men are better drivers than women, Saudi males show that men are worst drivers.

From a list of 25, Saudi Arabia is ranked 23rd on the list of countries with the most car accidents (Worldatlas.com). It’s not the country that has the most traffic accidents as Libya, Iran and a few others have that title. In fact, the number one killer in Libya, is road traffic accidents (RTAs). However, RTAs are the third-leading cause of death in Iran. According to Unicef.org “the rate of road accidents in Iran is 20 times more the world’s average.”

Even so, Realiran.org suggests that “women in Iran are simply better drivers than men drivers.” The reason suggested for this is that quite a number of male drivers are young, impatient and are not disciplined while on the road.

In Saudi Arabia, the second leading cause of death among males is traffic accidents. According to Stepfeed.com “A car accident happens every minute on average in Saudi Arabia.” That’s more than 460,000 crashes per year. Keep in mind that prior to June 2018, there were no female drivers in Saudi Arabia.

Although a decrease in accidents have been recorded in 2018, according to Dr. Nhan Tran (Unintentional Injury Prevention coordinator at the World Health Organization) “Saudi Arabia actually has one of the highest rates of road deaths in the world, with 28 people dying for every 100,000. Stronger speeding restrictions was one of the recommendations to deal with this issue.

“Between 1971 and 1997; 564,762 people died or were injured in road traffic accidents, a figure equivalent to 3.5% of the total population in Saudi Arabia. Over 65% of accidents occur because of vehicles travelling at excess speed and/or drivers disobeying traffic signals.”

“Mike Dreznes, executive vice president of the International Road Federation, told Arab News that the main cause of accidents in the Kingdom was reckless driving.” In 2016, car accidents were responsible for the deaths of 9,031 people in Saudi Arabia. The average was 25 deaths per day and one death per hour.

According to Who.int.com, “the risk of dying in a road traffic crash is more than 3 times higher in low-income countries than in high-income countries.” However, this is not the case with Saudi Arabia, as it falls within the high income level category.

Speeding Does Not Make You a Good Driver

Men are more risk takers and as such they are more likely to get into an accident. That might seem like a hard pill to swallow for some guys, since for some men, nothing is ever their fault. Some men prefer to blame everyone else, as opposed to taking responsibility for their actions.

But who can these Saudi men blame for their car accidents, when there were no female drivers prior to June 2018? The camel riders? The roads? They might very well want to blame the road. However, here’s the thing. As a good driver if you know the road is horrible, then you should negotiate it with due care and diligence.

No one is immuned to getting into a fender bender. But speed has been noted as a major issue when it comes to traffic accidents. Your attitude on the road can also make a difference. Speeding and disobeying traffic signals won’t make you a better driver. But they can contribute to you being an injured or dead one, since these two factors facilitate a higher probability of having an accident.

Hey, we hope you love the products we recommend! Be sure to let us know in the comment section. Just so you know, TheDashCamDigest may collect a share of sales or other compensation from the links on our website. Oh, and FYI, items are in stock as at the time of publication.